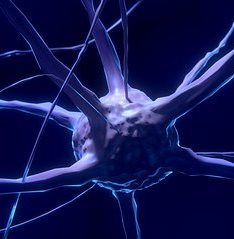 Our new thematic series, guest edited by Stavros Zanos, Timir Datta-Chaudhuri, Vasiliki Giagka, Loren Rieth, and Theodoros Zanos, is now open for submissions. Our field has grown significantly in the last decade.  It is an intrinsically multidisciplinary field and therefore advances require collaboration across diverse areas of expertise. For this series we would like to invite original contributions and reviews in the following areas: novel neural interfaces; methods, systems, and applications of targeted neuromodulation; advances in bioelectronic data analytics; new implantable bioelectronic devices; and translation of bioelectronic therapies. Please see here for more details. 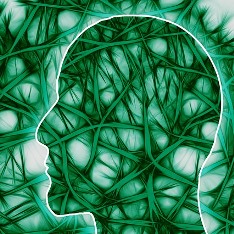 Our new cross-journal thematic series (published in conjunction with Molecular Medicine), calls for submissions exploring the interface between the nervous and immune systems during health and disease with relevance to bioelectronic medicine. It will also cover emerging areas such as the neuronal regulation of innate and adaptive immunity and its therapeutic relevance. The series is guest edited by Sangeeta Chavan, Colin Reardon, and Niccolò Terrando. Find more information here. Our journal is proud to announce that its fourth summit will be held in Fall 2020. The focus will be "Technology Targeting Molecular Mechanisms". The meeting will call international attention to bioelectronic medicine as the platform for new developments in healthcare, technology, and science. Leaders in the field will discuss current progress, challenges, and future developments. Find out more

Do you have an idea for a thematic series? Let us know! Our journal is proud to offer four new article types, ready for submissions!

Reviewers of the quarter

Bioelectronic Medicine would like to recognize the efforts of the following peer reviewers, for their excellent service during the third quarter of 2019. These individuals have all exceeded expectations as far as acceptance rate, the number of completed reviews, and timeliness. The journal cannot succeed without its peer reviewers, and we thank these hard-working members of our network: We are happy to announce that a successful clinical evaluation of an artificial pancreas closed-loop approach by Sue A. Brown, Boris Kovatchev, and their team, has been recently published in the New England Journal of Medicine! Professor Kovatchev previously described in detail this bioelectronic, digital-age treatment of diabetes in a Bioelectronic Medicine review. Congratulations to Professor Kovatchev and the entire team!

Bioelectronic Medicine provides a necessary and specific publication platform for the growing field of Bioelectronic Medicine. We are primarily interested in publishing insights into the regulatory functions of the nervous system and related neuromodulation technologies that affect specific molecular mechanisms with the goal of developing new approaches in disease diagnosis and treatment. We will also feature bioelectronic approaches for monitoring and controlling specific biological processes and functions with relevance to this evolving, multidisciplinary field. Read more

Dr Kevin J Tracey (Editor-in-Chief) is president of The Feinstein Institutes for Medical Research, and professor of Molecular Medicine and Neurosurgery at the Zucker School of Medicine. He is a leader in the study of the molecular basis of inflammation. He and his colleagues identified the neural mechanism for controlling the immunological responses to infection and injury, and developed devices to replace anti-inflammatory drugs in clinical trials of rheumatoid arthritis, a new field termed bioelectronic medicine. The recipient of numerous awards and honors, including an honorary degree from the Karolinska Institutet, Dr Tracey is a fellow in the American Association for the Advancement of Science, and a member in the American Society for Clinical Investigation, and the Association of American Physicians. He is co-founder and Councilor of the Global Sepsis Alliance.

About Feinstein Institutes for Medical Research

Bioelectronic Medicine is published in partnership with The Feinstein Institutes for Medical Research. As the research arm of Northwell Health, the largest healthcare provider in New York, it is home to 50 research laboratories and to clinical research throughout dozens of hospitals and outpatient facilities. The Feinstein Institutes include 4,000 researchers and staff who are making breakthroughs in molecular medicine, genetics, oncology, brain research, mental health, autoimmunity, and bioelectronic medicine – a new field of science that has the potential to revolutionize medicine. For more information about how the Feinstein Institutes empower imagination and pioneers discovery, visit FeinsteinInstitute.org.

The Editors of Bioelectronic Medicine welcome authors to send any pre-submission inquiries they might have here. We ask that you please include “Pre-submission inquiry” in the subject line of your email and that you include the title and abstract of your proposed submission within the message. Our Editors will do their best to respond to you in a timely manner. If you enjoy Bioelectronic Medicine, we invite you to visit Feinstein’s flagship journal, Molecular Medicine (published by BMC). Published for nearly a quarter of a century and fully indexed, Molecular Medicine focuses on recent insights into the molecular mechanisms of disease pathogenesis, which may lead to the design of specific tools for disease diagnosis, treatment, or prevention. You will find material relevant to the genetic, molecular, or cellular basis of key physiologic or disease processes, as well as content which describes the clinical implications of these findings, at a level approachable by our broad audience.